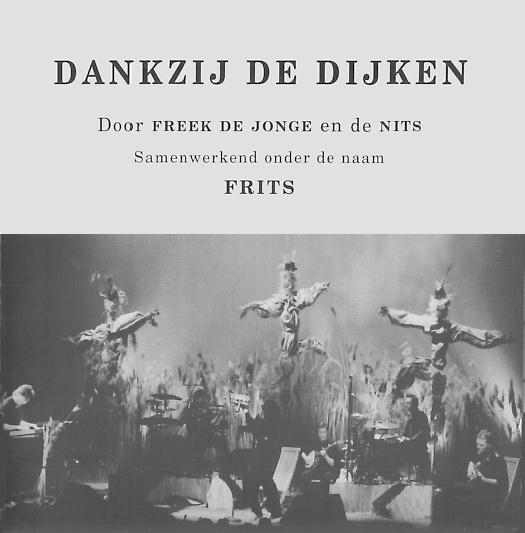 Newspaper and other articles

Early in 1995, the Nits got together with Dutch stand-up comedian Freek de Jonge and formed a project called FRITS. The live show and CD consist of Freek doing his usual show, musically acompanied by the Nits. He did one Nits song, In the Dutch Mountains translated to Dankzij de Dijken (Thanks to the Dykes). They did some live performances in Amsterdam and Belgium, one was broadcast on Dutch television, another one is available on video.

The CD is entirely in Dutch, it has not been published outside of Benelux countries. There are translations for some songs on the language page.